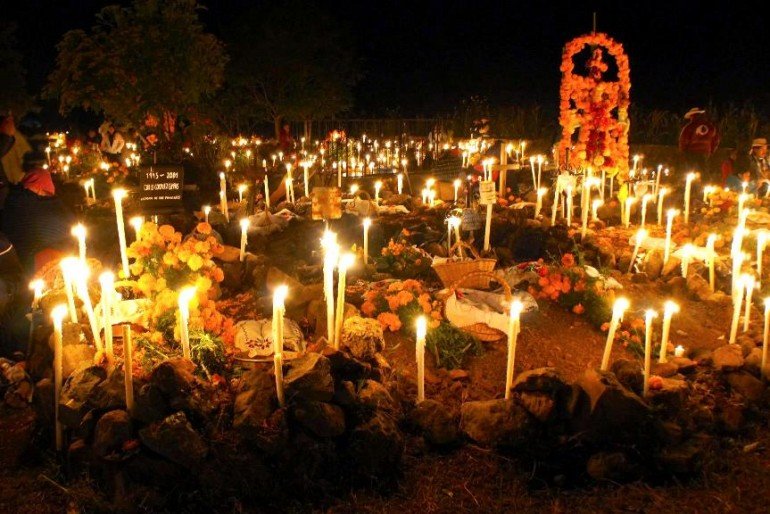 Today, the commemoration of the dead conserves its religious and popular significance of paying tribute to those who have passed away in an environment steeped in contradictions, of bereavement and celebration, of sadness and silly gibberish.

The beliefs that life continues after death, that the souls of the dead travel and that they communicate with the living, the uncertainty about the destiny of souls provoked by the certainty of final judgement which will send them to Heaven, Hell, Purgatory, or Limbo, continue to be the substance and the reason for the existence of the funerary rituals. In Michoacán the celebrations begin on the 31st of October with the Hunting of the Duck, an activity on the verge of disappearing due to the scarcity of ducks. This is followed by the placement of the Altar of the Little Angels” on November 1st, and concluding with the homage to deceased adults on the 2nd.

These rituals take place mainly in the region around Lake Pátzcuaro and some other P’urhepecha communities.