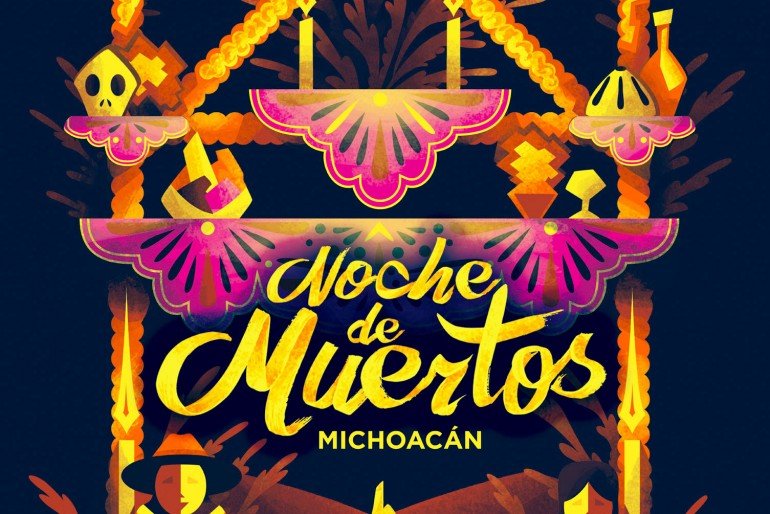 Included as part of the ceremonies which occur during these few days is the collective gathering and offering organized by the P’urhepecha youth as a type of “looting” which is both accepted and supported by the authorities of the community.

This used to be a common tradition around the Lake, but is quickly disappearing. The game began the night of the 1st of November when the young people of the town, accompanied by their guide, the teruscan – a type of acceptable theft – stealing ears of corn, chayotes, squash, flowers and other recentlyharvested food products from corrals and rooftops. The guide was appointed in each village March 19th and his function was to coordinate the religious and popular festivities. The adults waited for the loot in the atrium of the church or in a community house to cook the food in a community- owned copper kettle.

This offering served as an offering to those deceased who no longer had living relatives who remembered them or those who had simply been forgotten, and was distributed among those in attendance at the wake.

The offering of the fruits of the harvest was gathered the morning of the 2nd when the townspeople would go into the streets shouting proclamations to the effect. This was known as the Campaneri, or the donation. The products thus obtained were handed over to the priest of the town, who said responsories for the dead that same afternoon.